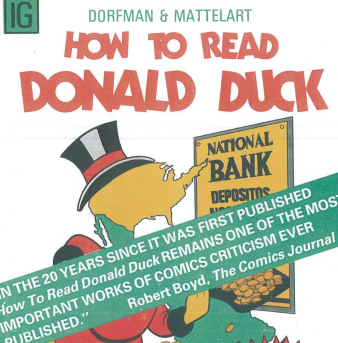 I dislike/ hate it when people say Taco Bell is real Mexican food. IT’S NOT!!! The real tacos are in corona!!! #tacoliteracy

Yes, I was busy leaving comments on folks’ posts, some comments as emojis. So if you see the little person running emoji, that means, “voy!” or, I’m running to find that place. At least, that’s one way to read the sign, but more on that below. But further, with these comments on the high school students’ memes, please help me out, y’all. Leave these students some comments, they love to hear from you.

For Catherine, however, she had a question about a discussion we had about this image she posted on her feed:

Subway Fiesta Mexicana special sub promotion…offered only in Poland? I wonder if there was a demand for this type of sandwich there. Based on the picture ingredients appear to be avocado, grilled chicken, onion, pepper(?), cucumber(?), and lettuce on flatbread. What sauce do you think is used on the chicken? #tacoliteracy #tacos #subway #fiestamexicana

Our exchange picks up from Catherine’s caption above, when I replied with

tacoliteracyThe question is what makes this Mexican. I suspect the peppers and avocado are what become the symbolic ingredients.

Catherine responded with a question of her own:

To which I responded:

tacoliteracyHonestly, I think it is offensive. A cactus wearing a sombrero? That is just about as bad as the #sleepingmexican icon.

We ended there, but Catherine had some questions what I meant by this. Now, to be clear, Catherine did not offend me, and her intention was not to be offensive, but, rather, to point out how Subway in Poland advertised a chicken fajita sandwich as a Mexican option to the menu. Fair enough. But I wanted to look further at the iconography of the ad, and that’s why I brought up the sleeping Mexican stereotype, which Arellano also discusses in detail at the end of Taco USA. The icon has been popularized in Mexican restaurants for decades.

This planter is perfect for the #coco lover on your list. #pixarcoco #pixar #disney #disneypixar #cocolapelicula

A post shared by HorseCave Propinquities (@horsecave.propinquities) on Nov 28, 2017 at 11:14am PST

Now, it seems like no big deal, right? But let’s just consider how this could further stereotype images of people that dehumanize them. It’s just a sleeping person wearing a sombrero, right? But the implications are so much larger. And this is where the class discussion became interesting.

I started with an image that I was way too familiar with. This is from Kentucky, just before Halloween during 2015.

This is former President of the University of Louisville James Ramsey and his staff dressing up as Mexicans for a Halloween party. President Ramsey actually purchased the costumes at Wal-Mart, got his staff to sport them, then posed for a photo from the daily newspaper in Louisville. You can read more about the case here. Now, clearly you all are familiar with the cases of cultural appropriation we have referred to about food in this class, and I’m sure that you are all familiar about the debates that happen around dress as well, especially among “theme parties.” Clearly, President Ramsey did not get the memo. And students at the University of Louisville were not happy, as reported here.  As Pricilla pointed out, even The George Lopez Show did an episode about the offensive nature of the sleeping Mexican icon.

So, let’s bring this back further to the icon of the sleeping Mexican, and what I saw in the ad from Subway of Poland. Opening up to the class, we examined some of the elements of the advertisement that signify “Mexican”–the font of the ad, the colors, the smaller images of maracas, and the saguaro cactus sporting a sombrero. Crystal noted how the font in the ad reminded her of the iconography for the film Coco. No doubt, it’s there for sure.

This, then, turned to a discussion of Coco and Disney, about appropriation, and objectifying culture. The reviews were mixed in the class for those who saw the film, but one thing seemed certain: the folks who made this film were much more careful than previous attempts by Disney to portray ethnic diversity.

Here, I stepped in, bringing up the episode of the podcast Latino USA that focused on these same issues: Disney, Coco, and the dangers of representation. With that, I mentioned the book referenced in the show, How to Read Donald Duck by Ariel Dorfman and Arman Mattelart, two professors writing in Chile during a repressive military dictatorial regime backed by the US government. In this book, the profes examine how Disney was complicit with the CIA to create propaganda for the military regime. The book examined how the use of cartoons fostered an ideology, in a way to build walls in folks’ minds to organize belief structures, and to paint “good guys” and “bad guys.” I should say, I taught this book previously at the University of Kentucky, and after I received many negative comments/reviews from students, such as this one:

Very anti-American so I often felt very uncomfortable or as if things he said had a double meaning. Great teacher though that was enthusiastic about the subject and was always very fair when it came to grading and due dates.

At least I was a fair grader! Another read:

His teaching methods caused me to drop the class. Topics were either offensive to some people or made others feel uncomfortable.

O college! Yes, I taught the students about dissent, and that, for many, made them feel uncomfortable. And in their eyes, made me seem unpatriotic. But, I guess I’m in good company, because the folks who understand dissent as something important for American democracy truly are making waves in this current moment.

On a side note, for those of us who have heard from teachers of writing not to include “I” in our essays because teachers don’t want to hear our opinions, those teachers, those adults, have plenty to learn from Emma Gonzalez.

Yes, I teach students dissent, to be brave, to speak to power, and to always turn to their lived experiences while honoring their communities. But, now, back to the sombrero stuff and cartoons, I referenced the history of race ideologies in cartoons. This short film helps to break it down further.

And so, you’ll not be able to look at cartoons the same again, and, if you feel the need, you can let your evaluations of this class reflect that I challenged you, and, maybe, spoiled cartoons for you forever. My apologies!

We finished class conducting a closer inspection of the senior thesis “Appraising Tacos” by Samantha Duncan. We briefly examined her abstract where she theorizes about authenticity as a process. Breaking this down further, we defined process as a sequence of events. To further elaborate this, I offered the notion of narrative and story, which also implies a sequence of events in order, but with symbolic value. We turned to the text, then, and examined some of the quotes from folks in the restaurant Supernova in the text. From their quotes, we started to see how they imagined authenticity as a story the restaurant tries to create, with the focus of Oaxaca as being the central character. Additional to this, however, is the decor of the space, or the setting–where of course one would find, you guessed it, sombreros.

We were just about out of time, but I asked the students to check the works cited of the piece, to examine if four cited sources with Latinx surnames. Let’s just say the only one we found was a familiar one, Arellano. More to come next time!

I leave with a quick Instagram post about Tortas Neza in Queens, because we needed a happy note to leave on before the break.

After y'all head to @mikkeller.nyc you should stop at #TortasNeza for the #Pumas torta. Not for the faint of ♥ gentle cabrones. The good thing is you can wash it down with a chela at Juan's next door. #TortaLiteracy #TacoLiteracy